Fathers today take an increasingly active interest in the care and nurturing of their infants. However, men often feel dissatisfied with their ability to form this meaningful relationship. Fifty years ago, dads were relegated to the waiting room as the birth of their child took place behind closed doors. Fast-forward to the present, and those doors have been thrown wide open. In many instances, however, fathers are still part of the background, playing supportive but limited roles in the upbringing of their babies. Creating a bond should begin at birth, and research has shown that massage can serve as one of the building blocks for father-child bonds.

Research has found that instruction in infant massage for new dads may substantially influence the quality of their relationship. In one study fathers who massaged their babies were found to be more demonstrative, warmer, and accepting with their babies. In another instance, the fathers’ stress and their participation in an infant massage class were studied. It was found that the classes appreciably decreased the fathers’ stress levels; 92 percent had a positive experience. Another study showed that dads acknowledged that infant massage is an extraordinary tool for bonding and a way to become more comfortable with their infants. Still another piece of research on an infant massage class for fathers showed that they had expanded feelings of competency, acceptance of their roles, attachment, support from their partners, and reduced feelings of isolation and depression. According to an article in the Journal of Perinatal Education, “Supporting Fathering Through Infant Massage,” “… infant massage classes appear to offer fathers the positive experience of meeting other fathers and enjoying the opportunity to share their fathering experiences.”

In spite of an eagerness to participate in the baby’s care right from the beginning, a new father may encounter logistical problems. His time may be limited to evenings and weekends. He may be tired after work. He may have to face the added stress of coping with basic household maintenance and increased financial pressure. Dad may be hard-pressed to find time for himself and may seem withdrawn at times when mother and baby want and need just the opposite response. Of course, Mom is coping with the same problems, compounded by the sometimes overwhelming responsibility of caring for the baby around the clock. Add fatigue from the birth, breastfeeding issues, and raging hormones, and she can be exhausted and seriously in need of some “me time.”

Tiffany Field, from the Touch Research Institute in Miami, conducted a study in 2000 that found fathers who massaged their infants were “more expressive and showed more enjoyment and more warmth during floor-play interactions with their infants.” Moreover, fathers who participated in massage experienced increased self-esteem as a parent. Field noted that while the dads reaped benefits, their babies also realized some advantages—they tended to greet the fathers with more direct eye contact, and they smiled and vocalized more.

Another study reported in the Journal of Perinatal Education yielded similar results after observing two groups of twelve infant-father dyads for four weeks. Fathers in the experimental group massaged their babies, while dads in the control group did not. After massaging their infants, the fathers demonstrated a decrease in their stress scores. The authors conclude that infant massage is a “viable option for teaching fathers caregiving sensitivity.” Additionally, the results suggest that fathers who massage their infants experience “increased feelings of competence, role acceptance, spousal support, attachment and health by decreasing feelings of isolation and depression.”

In 2013, Mary Kay Keller, a Certified Infant Massage Instructor with the International Association of Infant Massage and an author, educator, researcher, and relationship coach, published her dissertation, in which she investigated the benefits fathers perceived as having received from massaging their infants. In addition to increased sensitivity and competency, the dads reported greater awareness that they were contributing to the child’s well-being. They were also motivated to spend time massaging their infant for two reasons: to give Mom a break and to help decrease stress in the baby. They also valued the opportunity to enjoy their baby and the ultimate bond they were creating. When a bond is forged early on, the chances for a strong, healthy relationship later in life are increased. As men become more actively involved in their children’s lives, it is worthwhile to explore the benefits massage can provide for both baby and dad. Keller has also given TED Talks about her findings, which you can view online.

In the first weeks after birth, a mother may be tired at the end of the day, and the baby may be fussy. Far from fitting some people’s notion of a stay-at-home mom luxuriating in the playful company of her baby and soap operas on television, the new mother has task after task to perform throughout the day, with no breaks and little contact with other adults. Many tasks are repetitive—cleaning, washing, diapering, feeding, comforting, grocery shopping—and there’s not the validation of a paycheck or a pat on the back from a supervisor. So when Dad gets home from his job, most moms aren’t necessarily cheery. One father, whose wife died, says he thought he had been very involved with his children before, but “I didn’t know how removed I was until I had to do all the thousands and thousands of things it takes to raise a child.”

Both parents can be hard pressed to find time for themselves and their relationship in addition to being good parents. A father may seem withdrawn at times when the mother and baby want and need just the opposite response. Moreover, the sometimes overwhelming responsibility of caring for the baby around the clock usually means, at least in the beginning, sleep deprivation for both parents.

These stressors present fathers with a high barrier in learning to nurture their children with soft and gentle care. So does their lack of learned “maternal” behavior: because most men have not grown to manhood learning the same behaviors toward babies that most women do, they may need special help and encouragement in the beginning. But fathers can walk, rock, sing to, dance with, read to, and massage their babies as well as feed, change, and bathe them. Many people don’t realize that fathers, too, have “parenting hormones” that are activated by close contact with their infants.

Psychologist Tom Daly comments, “In the process of giving the massage, fathers get to know their children in an extraordinary way. They connect with a deep part of the child and with a deep part of themselves—their nurturing side. Boys, by and large, are conditioned to suppress this part by the age of nine, but working with infants in this way opens up that old place. Dads find they are great nurturers when given a safe situation in which their manhood is not compromised.”

When their fathers give children extra attention, he notes, the children have more self-confidence and exhibit more creativity. “Men and manhood are changing,” he says. “Let us continue to get fathers more seriously involved in child rearing. Infant massage is a golden opportunity to assist in this transformation. The world is a better place every time an infant is massaged, and men need to be part of this.” 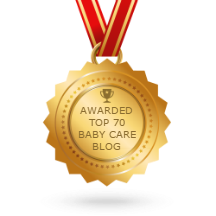 My Tweets
Join 10,604 other followers